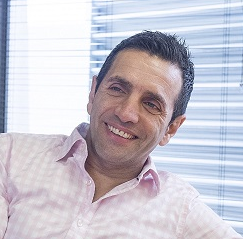 Strategic and driven by success and the desire to see his work effect positive change, George has worked in media and government for more than 20 years.

A senior journalist for more than two decades, George has the unique experience of having worked in Government and Corporate - as a Ministerial Media Advisor and Public Affairs Professional. Politically astute, he is a specialist in Government and Media Relations strategy as well as Issues and Crisis Management.

George’s achievements have seen him:

Create and build a major media and government profile for the National Stock Exchange as Australia’s alternative trading platform to the ASX and have its former CEO, Ann Bowering, recognised as one of Australia’s most formidable and dynamic female executives and corporate leaders.

Manage and advise one of the world’s and America’s most powerful businesswomen, Kay Koplovitz and her global accelerator group for female entrepreneurs, Spring Board Enterprises

The successful launch and media campaign for former paraplegic Terry Mitropoulos - Australia’s Miracle Man, and his Walk from Adelaide to Melbourne to raise awareness for Mental Health

The successful development of a media campaign by Australia’s leading Head and Neck Surgeon, Dr Liz Sigston, to draw attention to stop the Federal Government from listing the genetic profiles of Australians  on the MyHealth Records platform

Successful lobbying of State and Federal Government’s to begin recognising ADHD as a genuine neurological condition.

The creation and development of a highly successful media and government profile building campaign for the CEO and Chairman, Rafic Habib, of Health Administration Company, Clinic to Cloud

Built and raised the profile of biotech company Benitec Biopharma and its cure for Hep C, taking it from a $13m market cap to a $150m plus market cap in one year while strategising its listing on the NASDAQ

Successfully lobbied to eliminate second tier meat exporters from major international markets where Australia’s tier one meat exporters were trading into i.e. the US, Middle East and the European Union

Re-imaged the former Vice Chancellor of  RMIT University, Margaret Gardner (now VC of Monash University) - now recognised as the most powerful woman in higher education behind the then Deputy Prime Minister Julia Gillard.

At Primus created its government, media and corporate strategy - forming the strong relationships with State and Federal Government and guiding it through the uncertainty that followed after the collapse of OneTel and the impact it may have had on Primus, along with other high profiled sensitive issues.

The architect behind uniting Primus, Optus and AAPT to collectively lobby the Federal Govt to stop Telstra from having the ACCC‘s pricing ruling reheard by the ACT.

At the REIV George developed and implemented the strategy that managed the introduction of legislation the Victorian State Government were keen to establish to eliminate dummy bidding and prevent negative backlash from its members.

Rebuilt a tenuous relationship the REIV had with the Victorian State Government and implemented a strategy that saw an effective working partnership between the two.

As the media advisor to the Minister for Small Business, Tourism and Youth Affairs, was asked by the Premier via the Minister to take control and elevate the profile of the Awards. Developed an Awards strategy that surpassed all expectations of the Government. 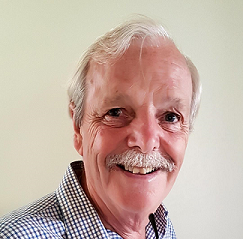 Experienced and hands-on are the qualities that have seen Norman Fay survive and thrive in public relations consultancy services for more than 20 years.

After 15 years working as a journalist in Australia, Papua New Guinea, Singapore, Ireland, UK and back in Australia, he became media advisor to a Victorian Transport Minister. He then became Corporate Affairs Manager for the then Federal Government-owned shipping line - Australian National Line.

In 1987 he established a public relations firm, specialising in media, corporate and government lobbying. He merged the business with George Hazim in 2008 to become Media Affairs

Over the years, Norman has worked with national and international corporations and Federal and State Governments in Australia.He has provided services for the British, German, Irish and Chinese Governments, Australian Stock Exchange and assisted a number of companies in Listing on the ASX.

He continues to maintain close links with key media people both in management and at thecoal face of day-to-day reporting.

He is a past president and Life Member of the Irish Australian Chamber of Commerce.

Brendan has more than 25 years experience in media, and communications.

In particular, Brendan has a strong background in communications strategy and media use arising from his many years in broadcast journalism with both the ABC and Nine Network. He was the national presenter for the ABC’s Nationwide Current Affairs program and then Executive Producer of the 7.30 Report.

Following his successful television career he moved into the corporate world and for 8 years headed Strategic Communications for the Victorian WorkCover Authority.

Within Media Affairs Brendan specialises in media training, assisting companies to fully develop media strategies and training management to take advantage of the media opportunities that arise or deal with crisis management situations as they arise.